Note – Many of the photos included were taking by my friend, Matt Bozek

I started by taking my fully loaded bike on the Brown Line to from Ravenswood to Union Station, Chicago.

My bike is a Kona Honky Tonk. I use Ortlieb panniers on the back, and I have another set for the front but my front rack wasn’t shipped in time for this trip. Since this is a short trip I just loaded everything in the back. 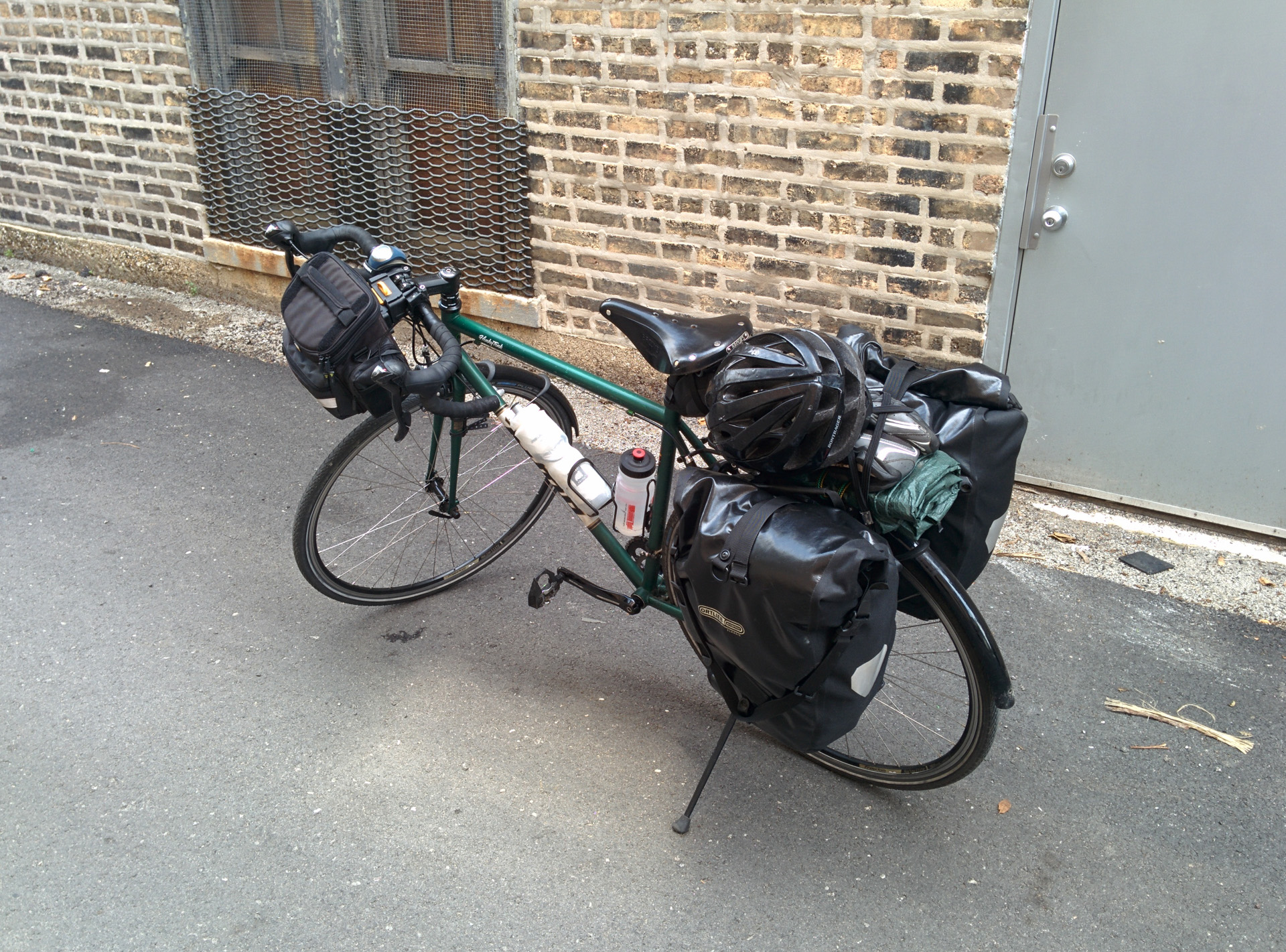 Starting out at the Damen Brown Line stop, headed to Union Station in downtown Chicago. 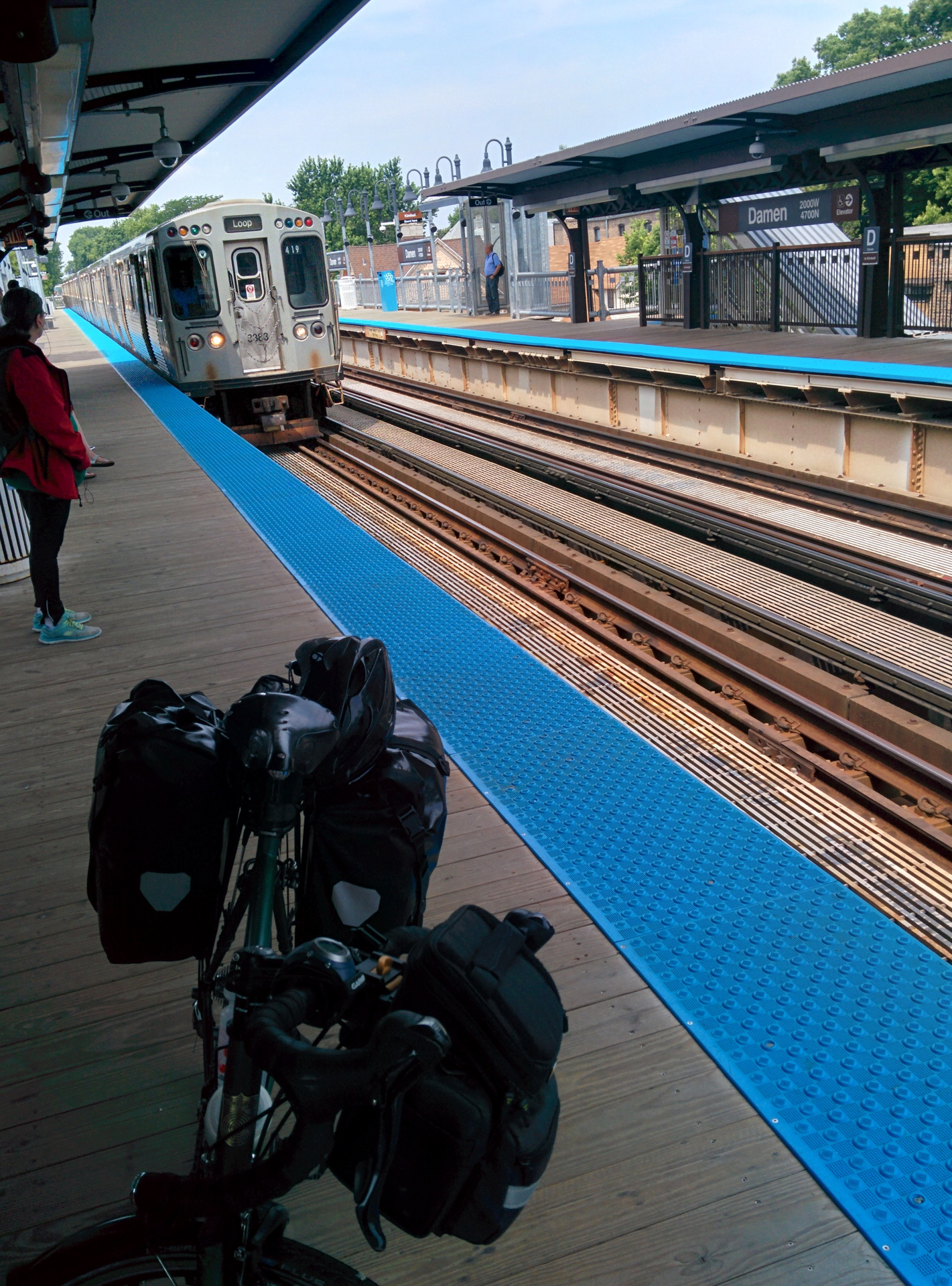 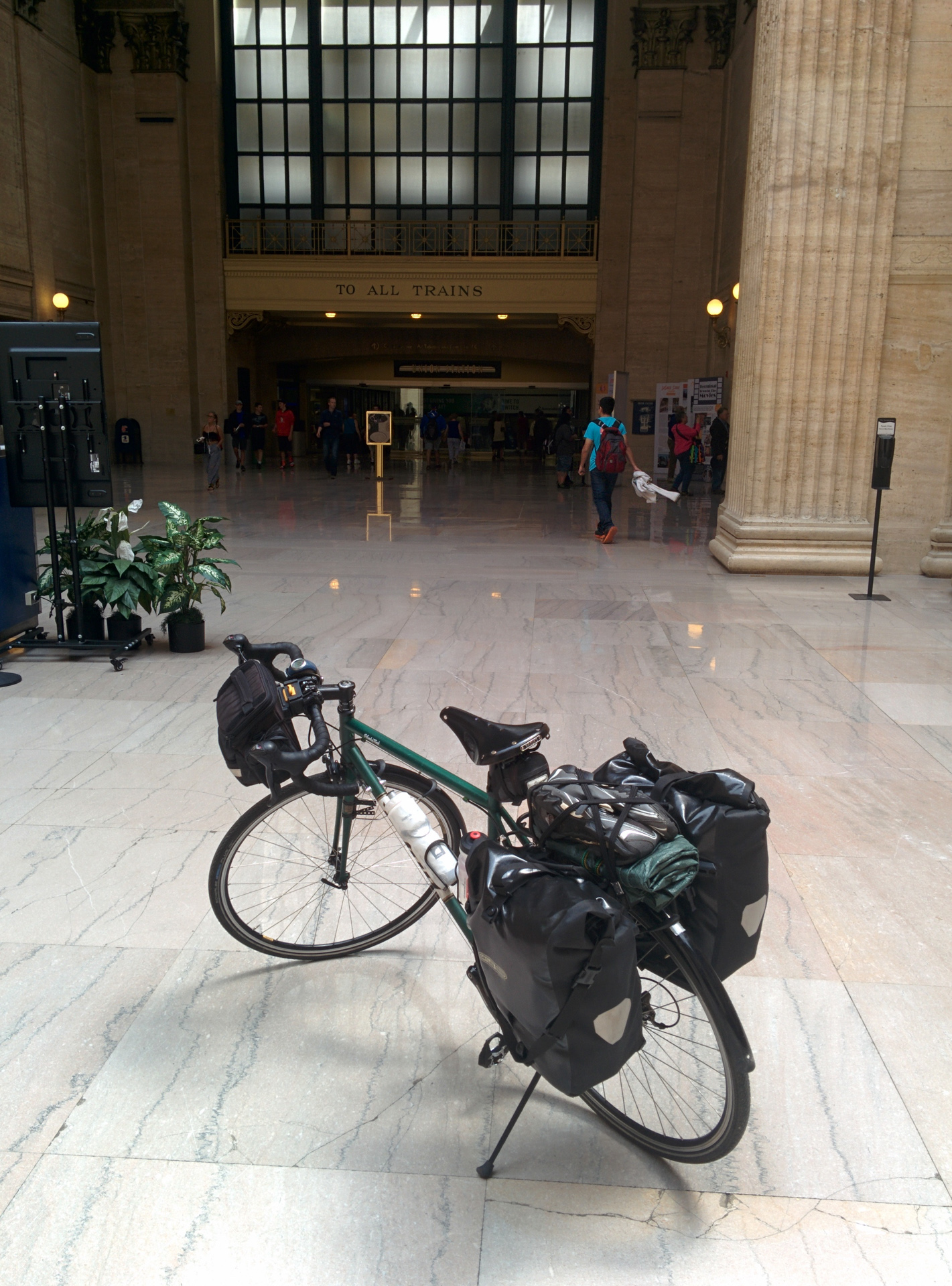 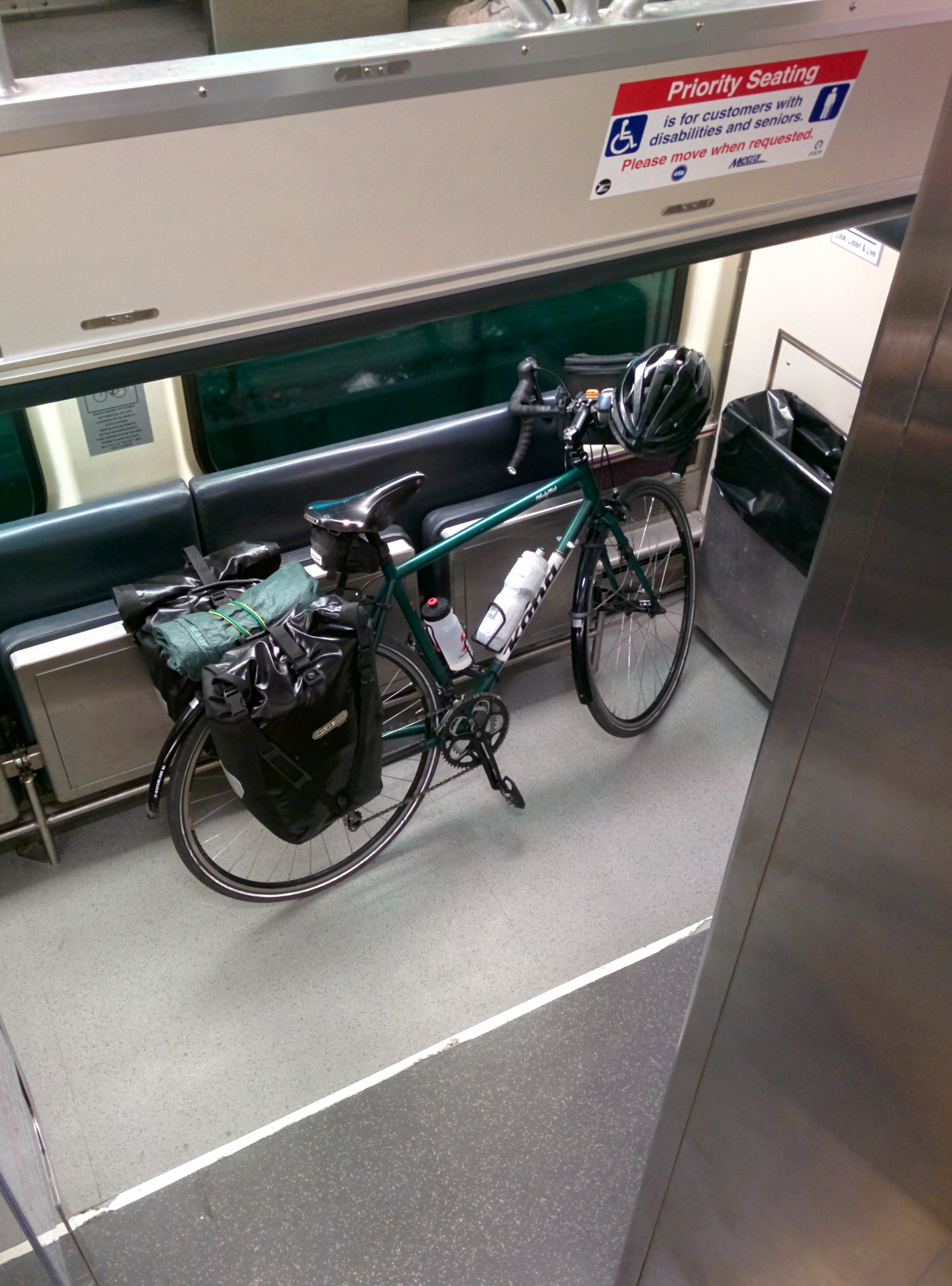 I met Matt at his work in Hinsdale, Illinois and rolled on down to the Illinois & Michigan Canal Towpath. 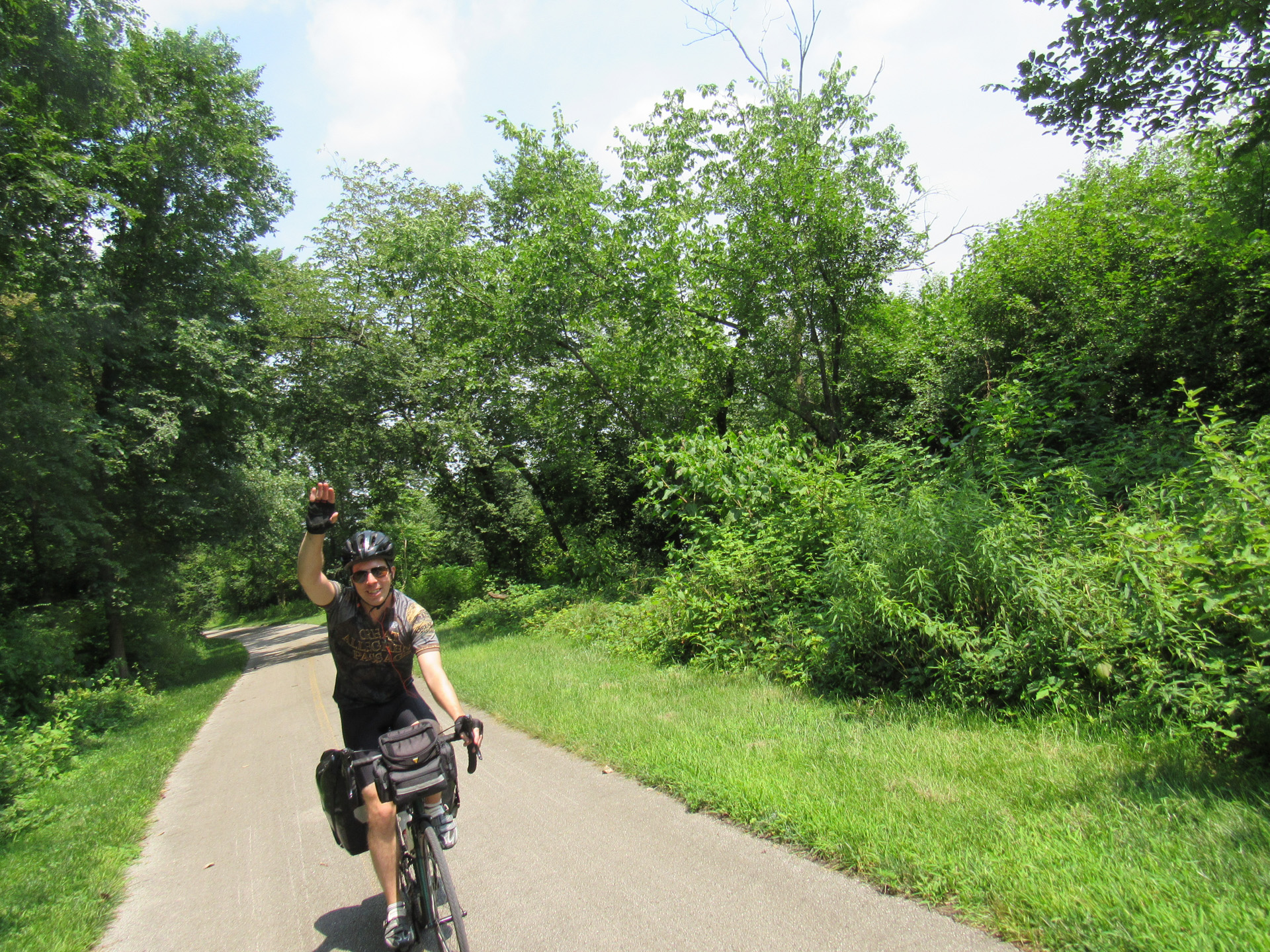 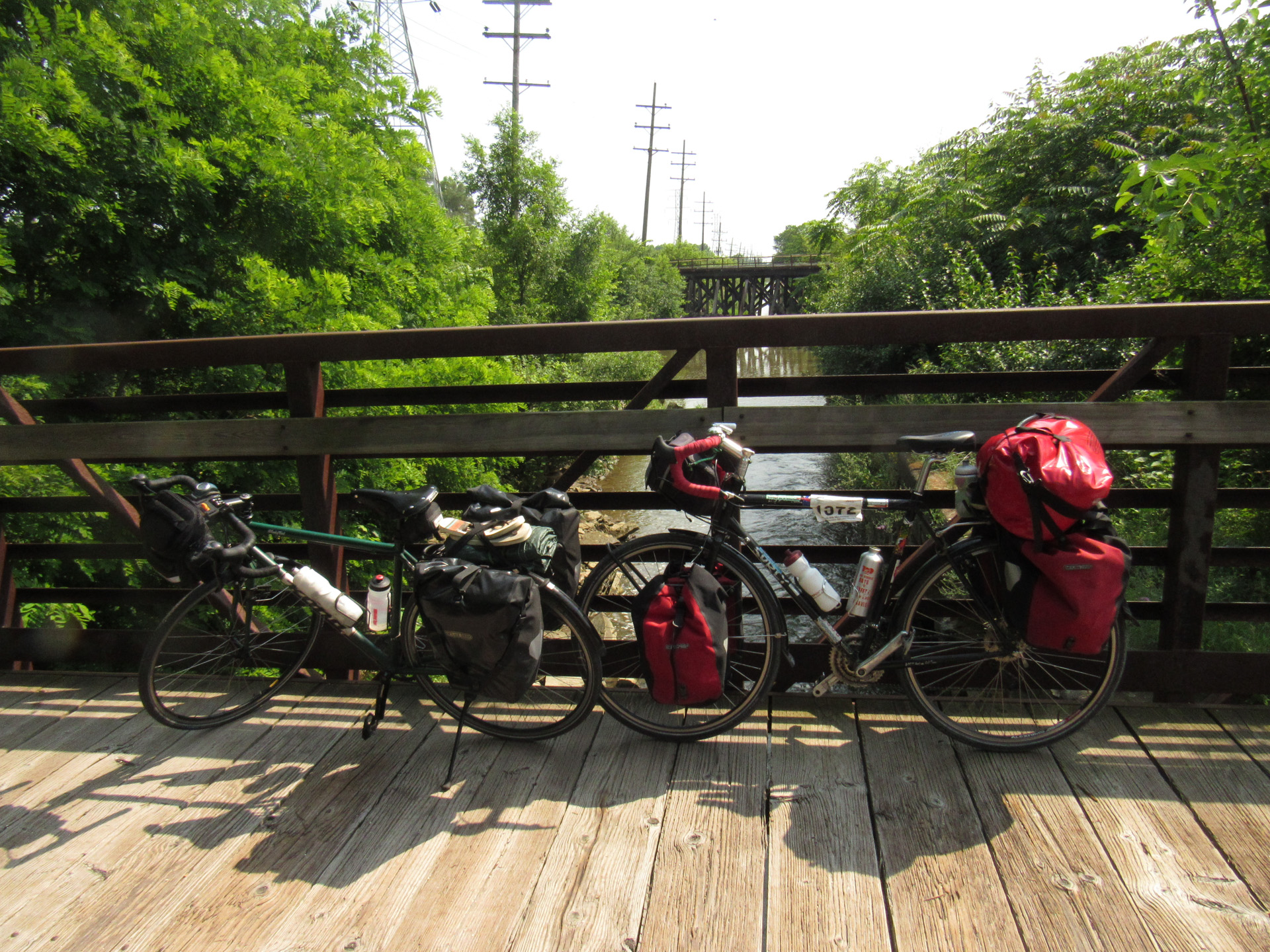 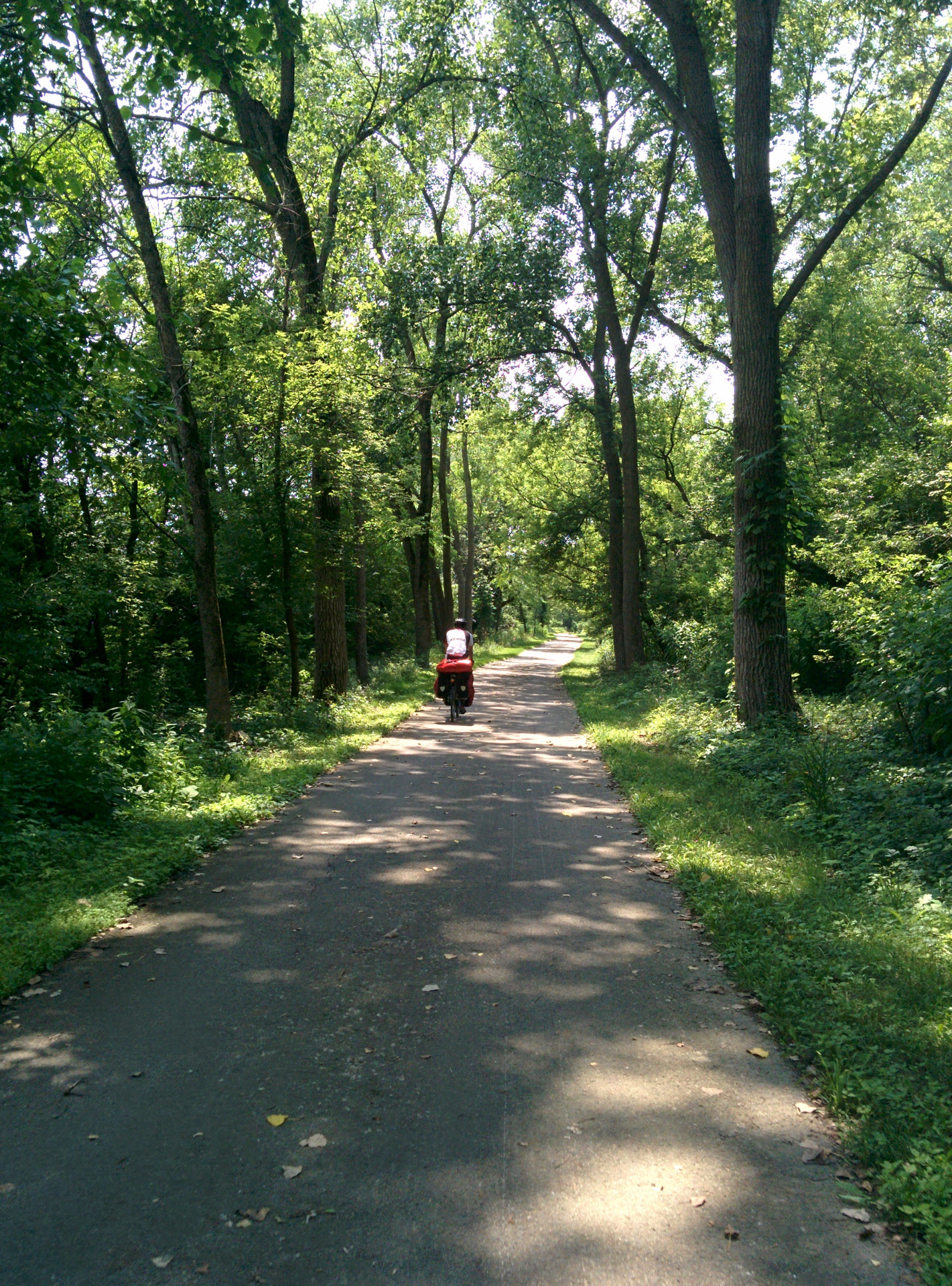 Along they way we went through a series of “industrial ruins” dating back to the 1800’s. Overall the canal trail is very nice, with either paved or packed gravel along the way. 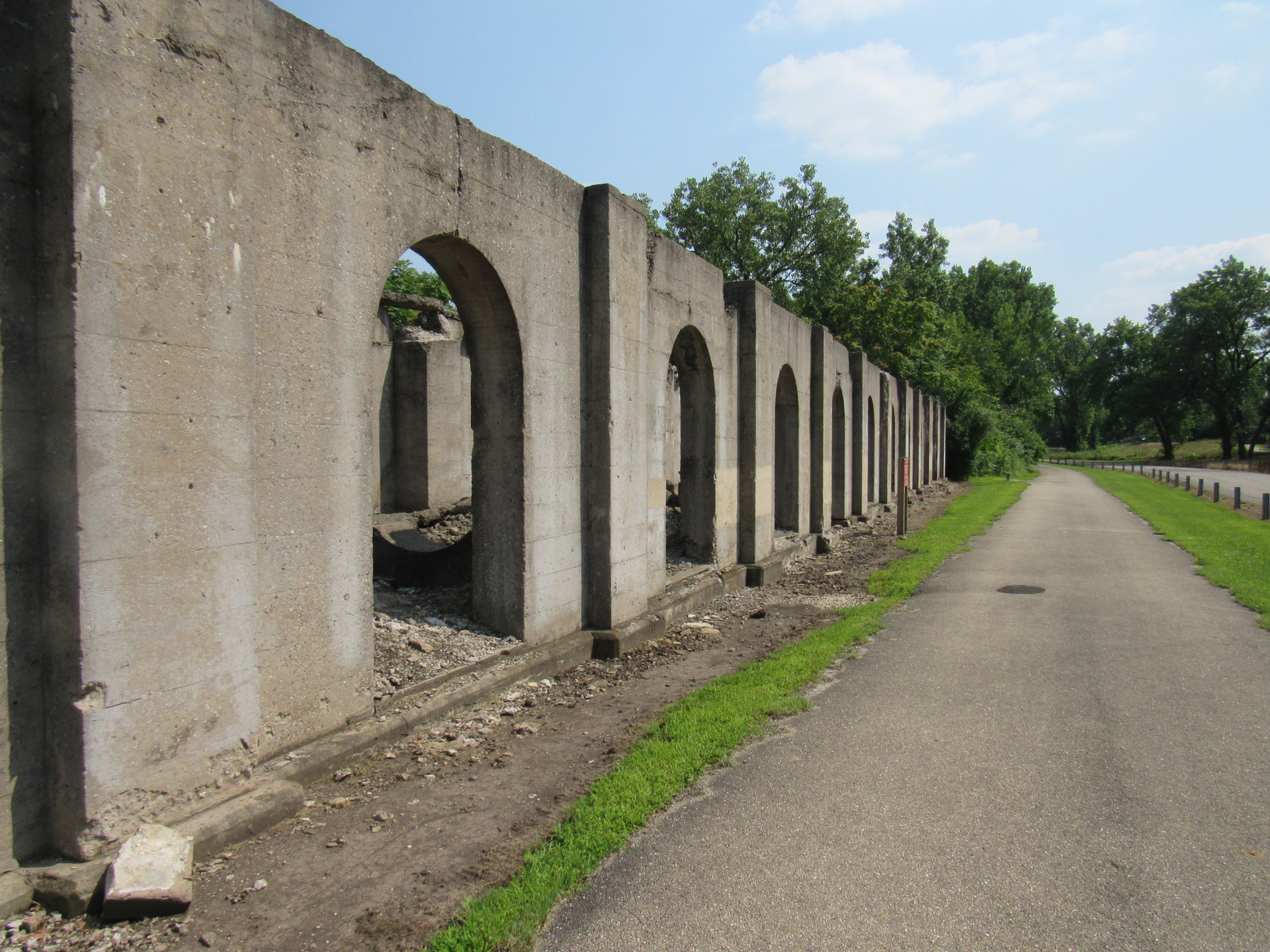 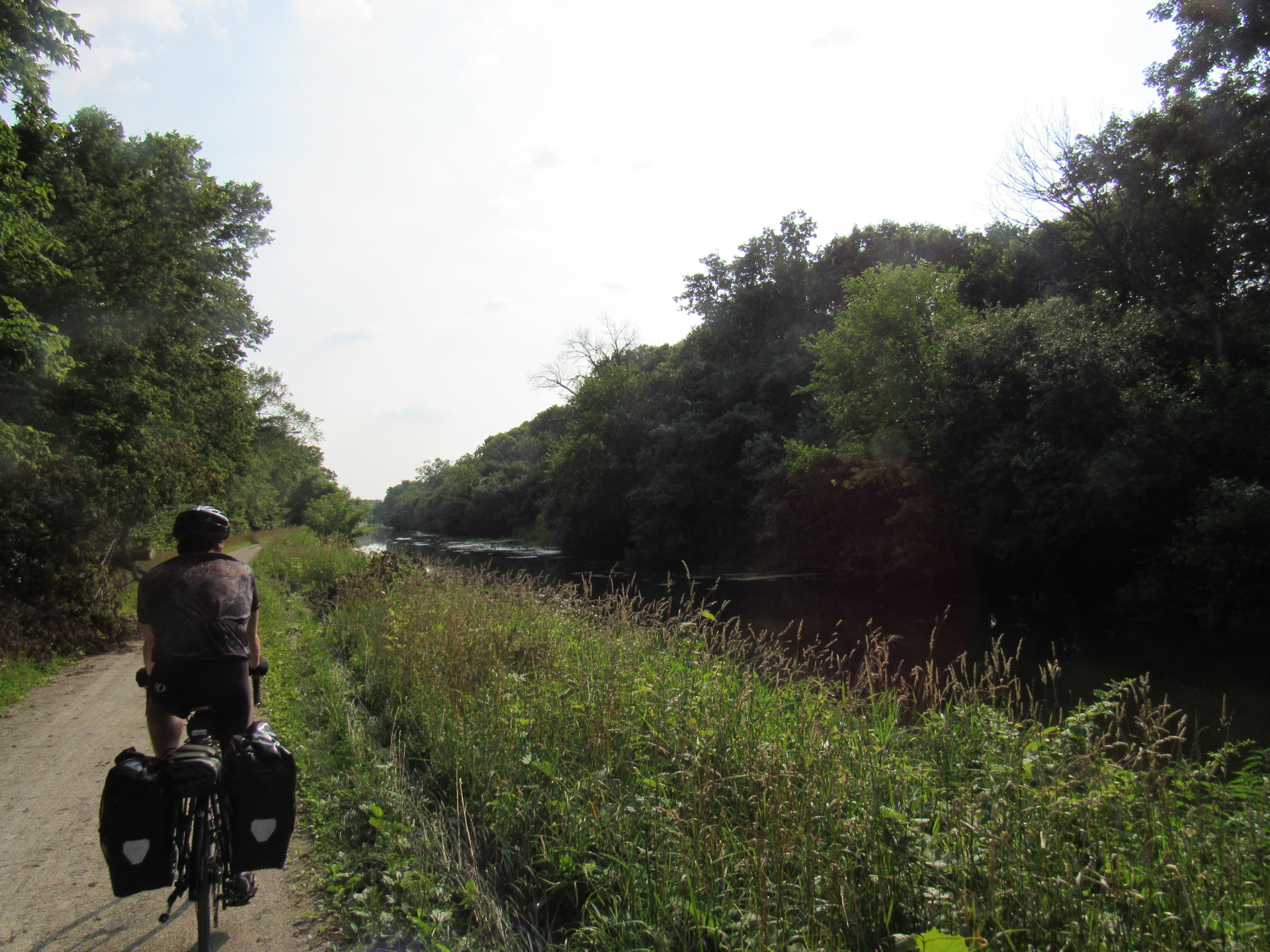 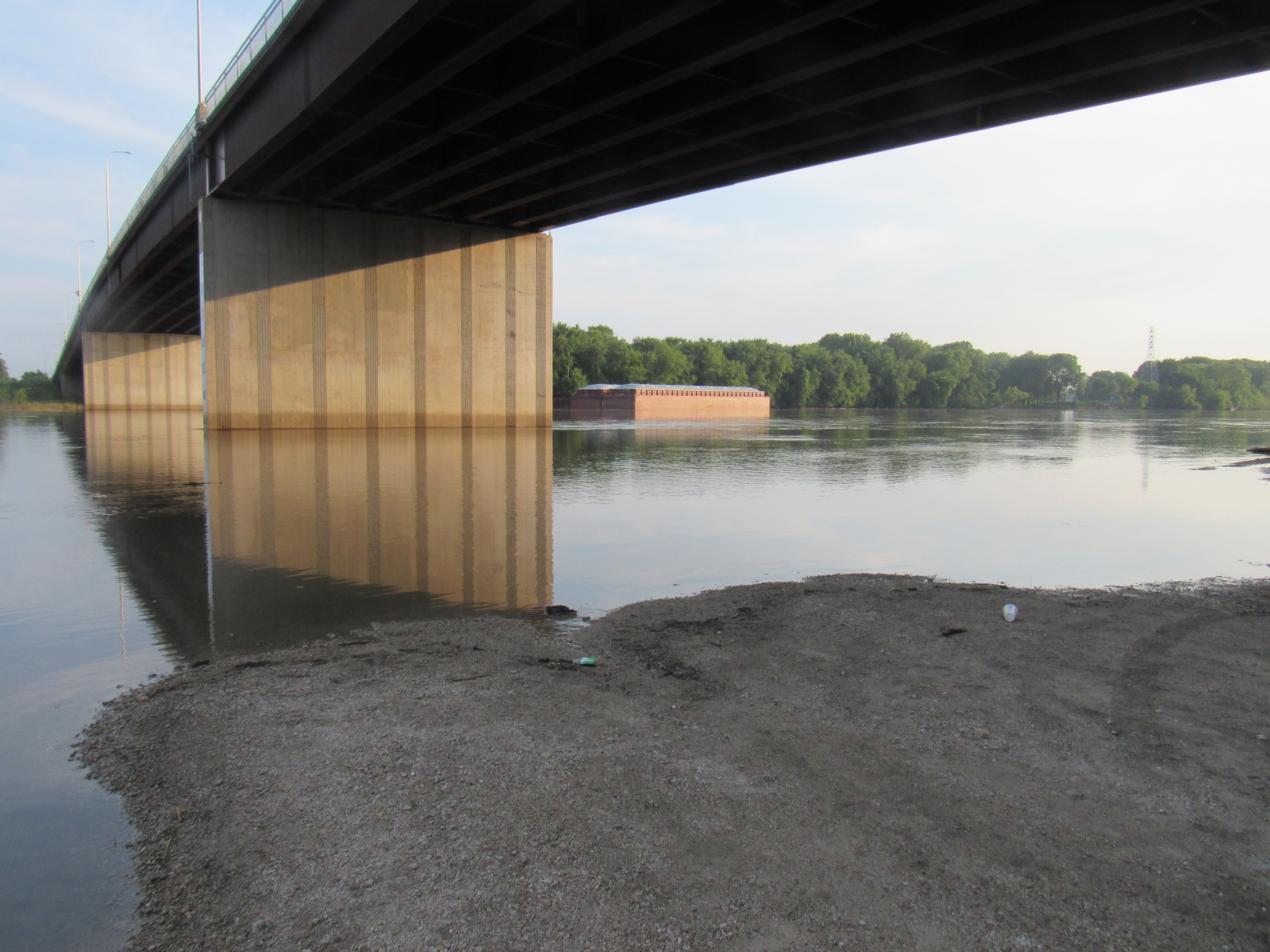 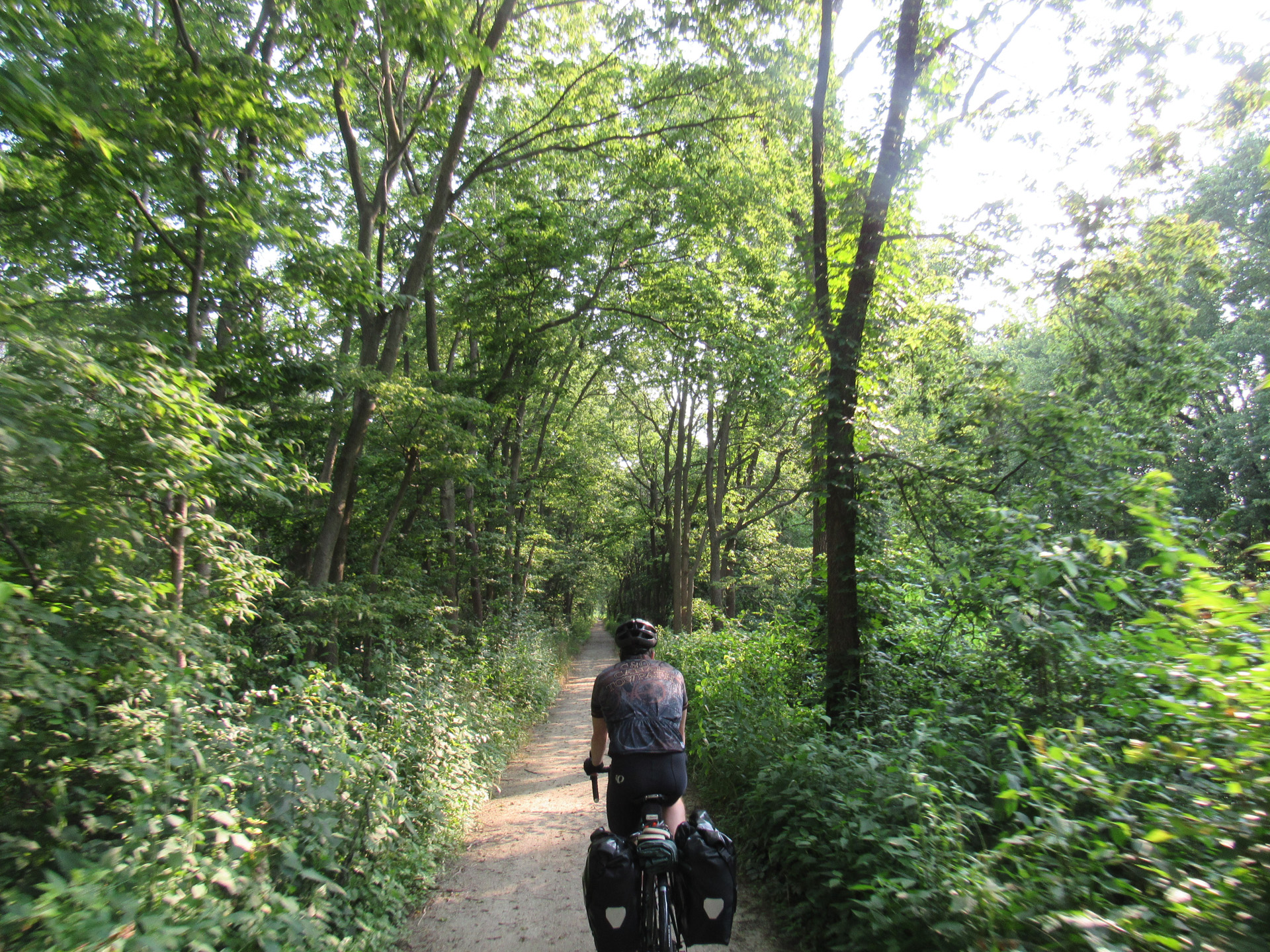 Upon arrival in Morris, we discovered that our planned campsite had been closed due to flooding, and a horde of aggressive mosquitoes had taken up shop in the location. We couldn’t get out of there faster. 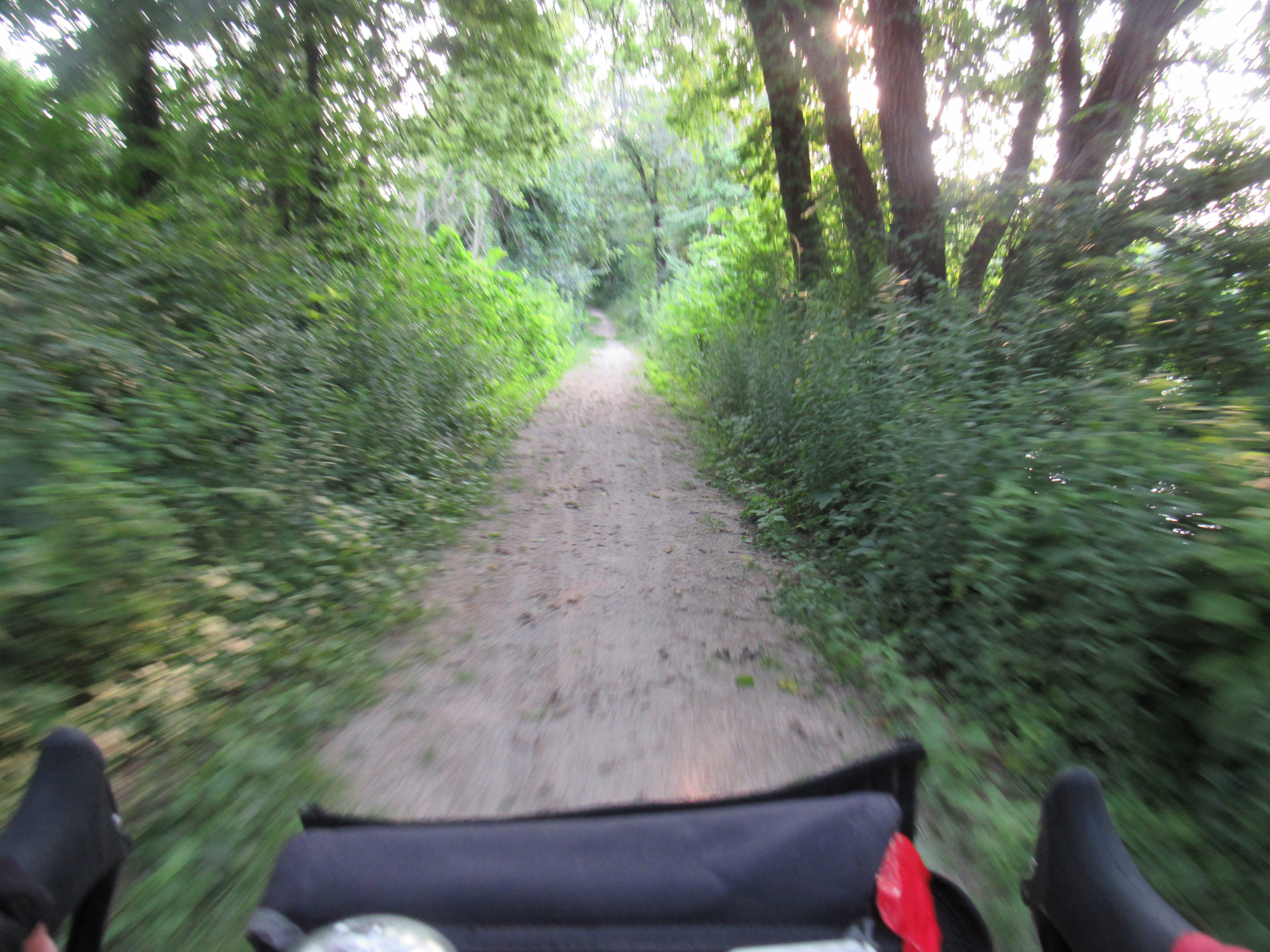 It was pretty touch & go as the sun began to set and every campground we called was either booked up or not answering. With a little Google-fu we found a place called Waupecan Valley Park which apparently had camping. It was another 4 miles to get out there, so we resigned ourselves to give it a shot. If it didn’t work out we were keeping our eyes out for areas we could possible stealth camp (hopefully without getting shot by any overly protective farm owners).

Fortunately when we got there one of the neighbors was around and was able to wake up the 92 year old owner who had already gone to bed. We felt pretty bad waking the poor woman up, but we were out of options at that point. 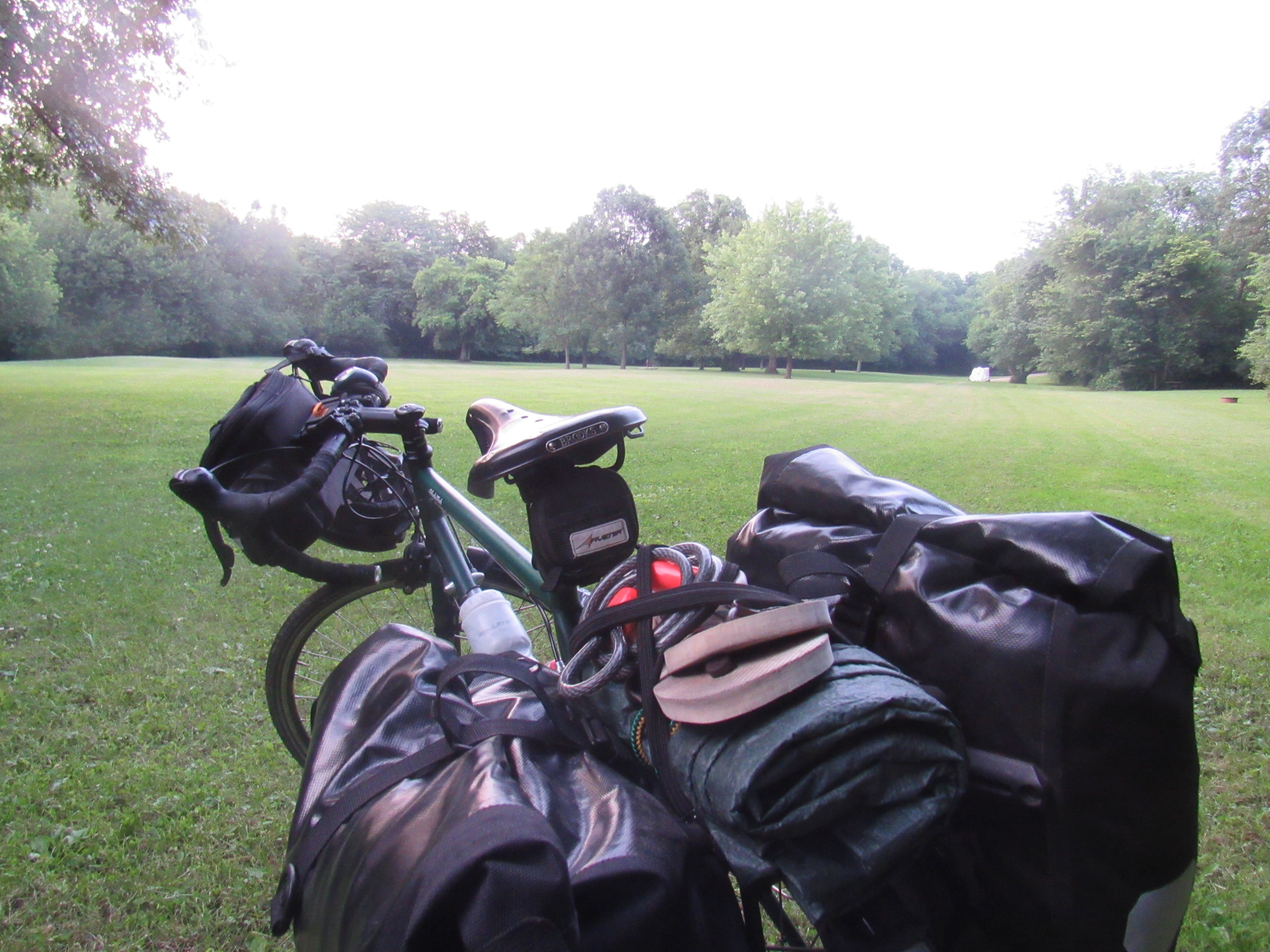 It ended up working out pretty well — Waupecan Valley Park turned out to be a hidden gem. We had the whole valley to ourselves.

Camping went well (aside from one of us who will remain nameless accidentally lighting his leg on fire with camp stove fuel). We were pretty exhausted so we just drank a couple of beers and crashed somewhat early.

Day 2 — Morris to Aurora and back to Chicago

Rather than just go back the way we came, we decided to take somewhat shorter route in the morning up to Aurora, Illinois. There’s a great brewery/restaurant called Two Brother’s Roundhouse which is right on the Metra tracks, so we planned to get some lunch there and take the train back to the city.

The weather forecast wasn’t looking great, but that just gave us an opportunity to put our waterproof gear to the test. 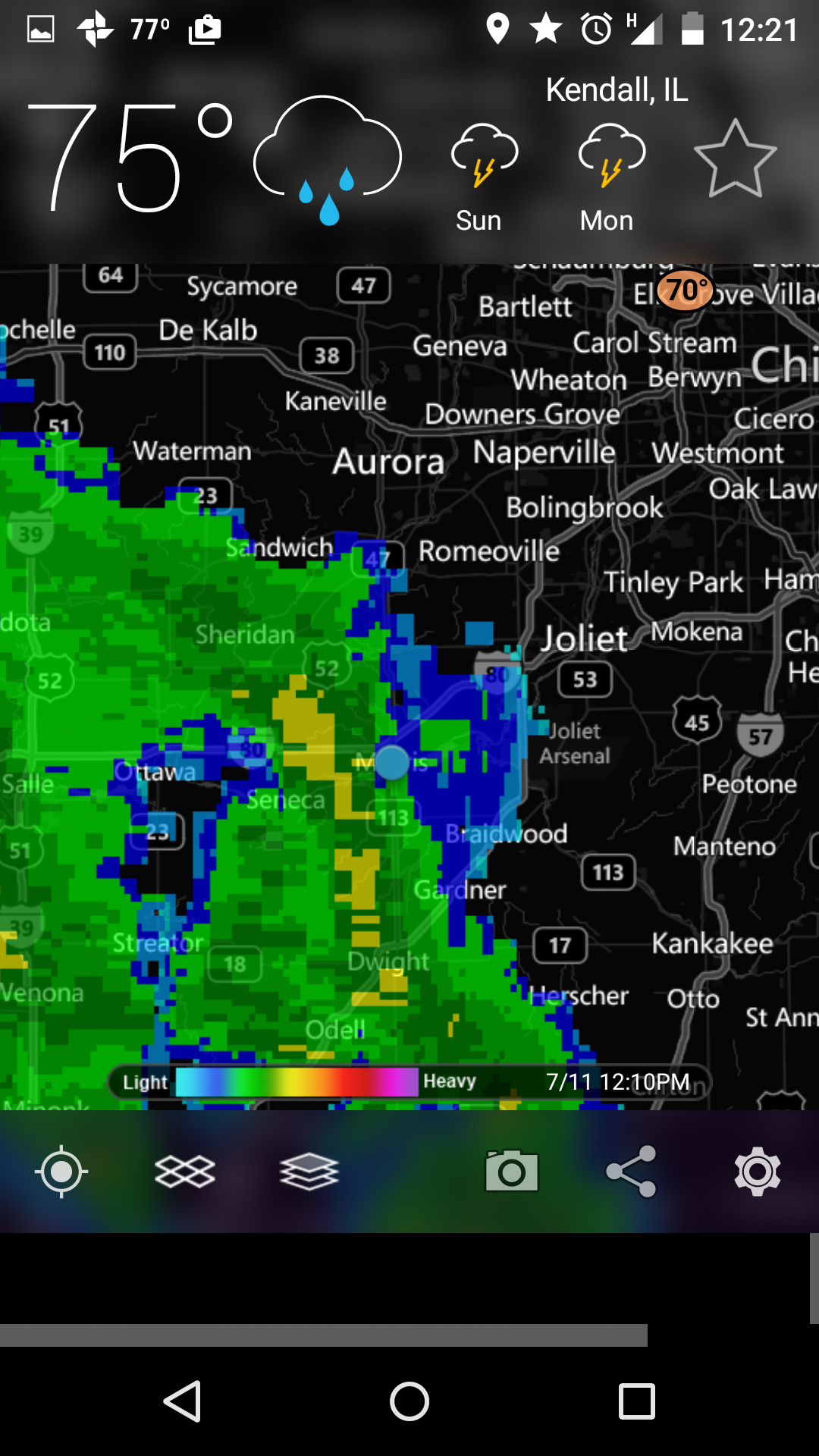 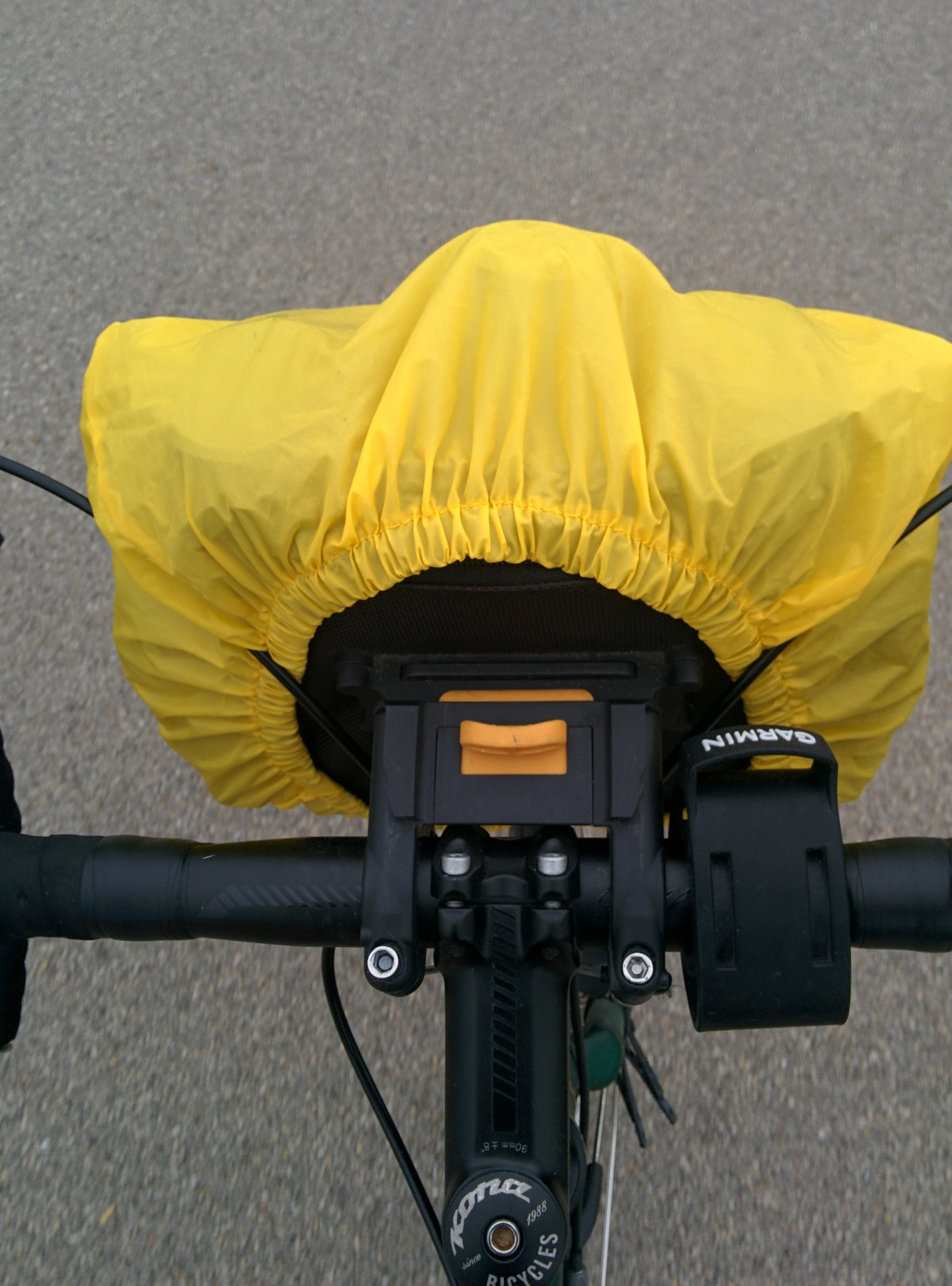 About 17 miles of the ride was a straight shoot along a flat country road. Made for some pretty easy riding, even in the rain. 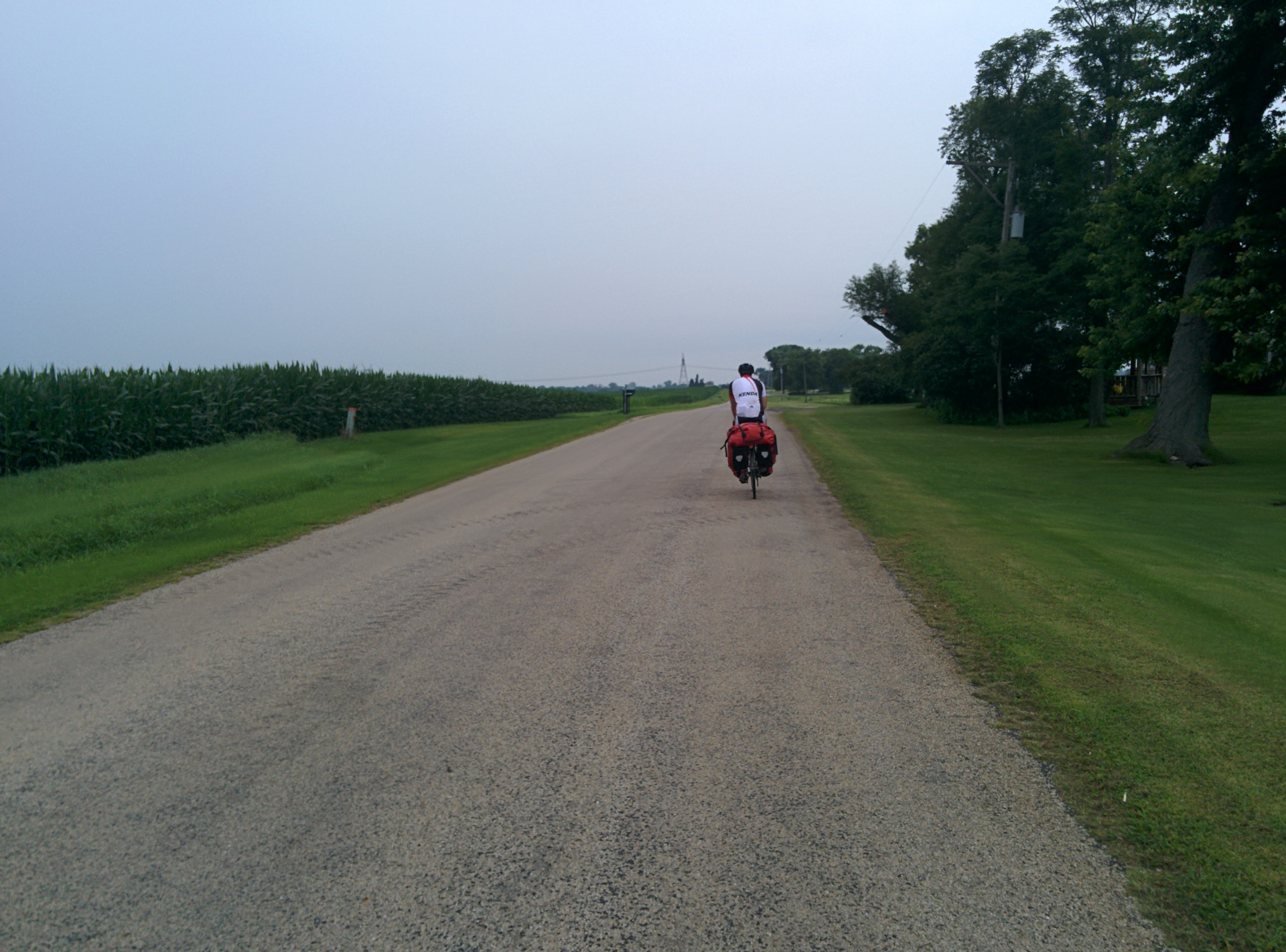 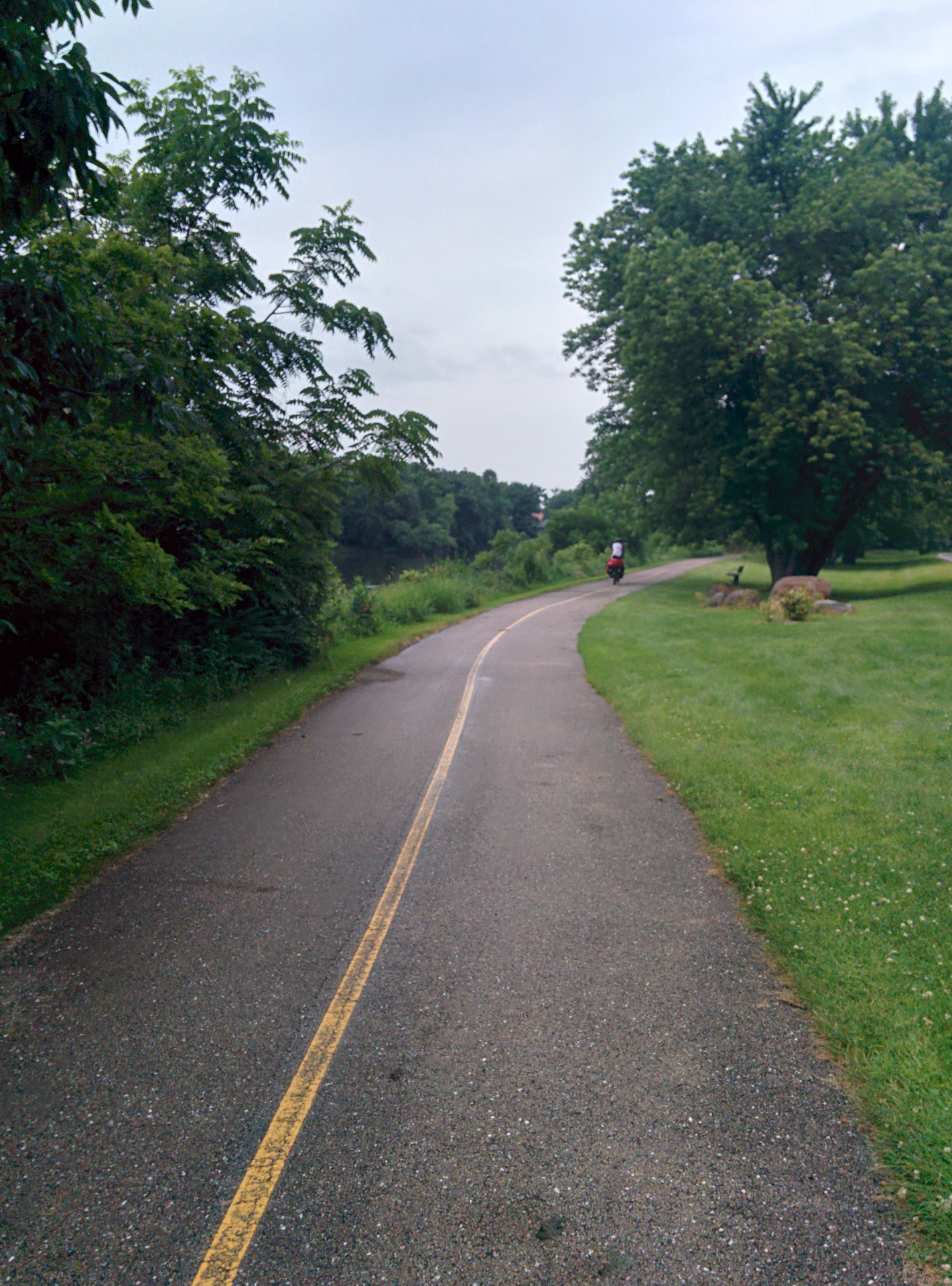 Around Oswego we connected with the Fox River Trail, one of suburban Chicagoland’s many great bike paths.

Arrival at our destination — Two Brothers Roundhouse in Aurora Illinois 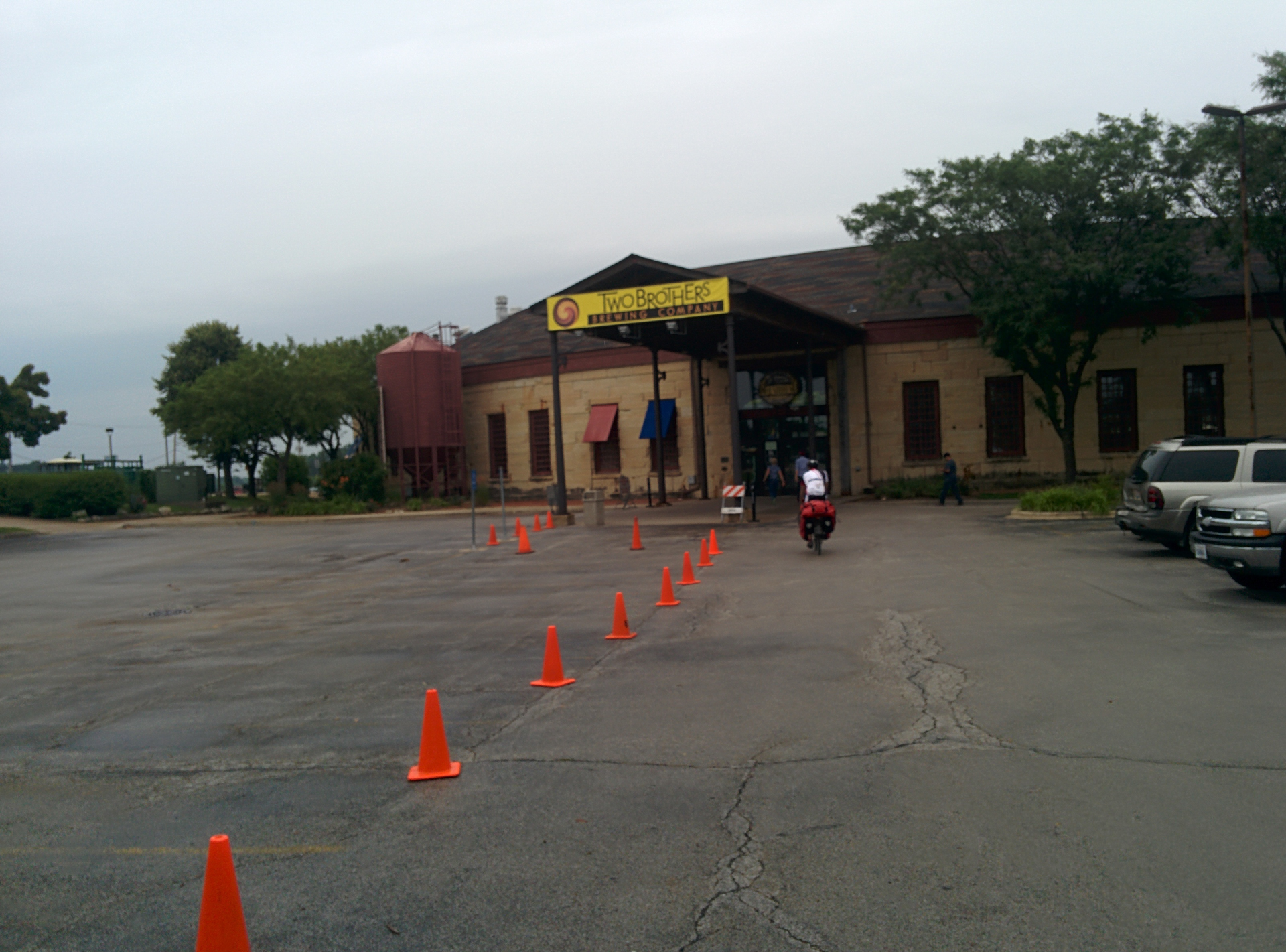 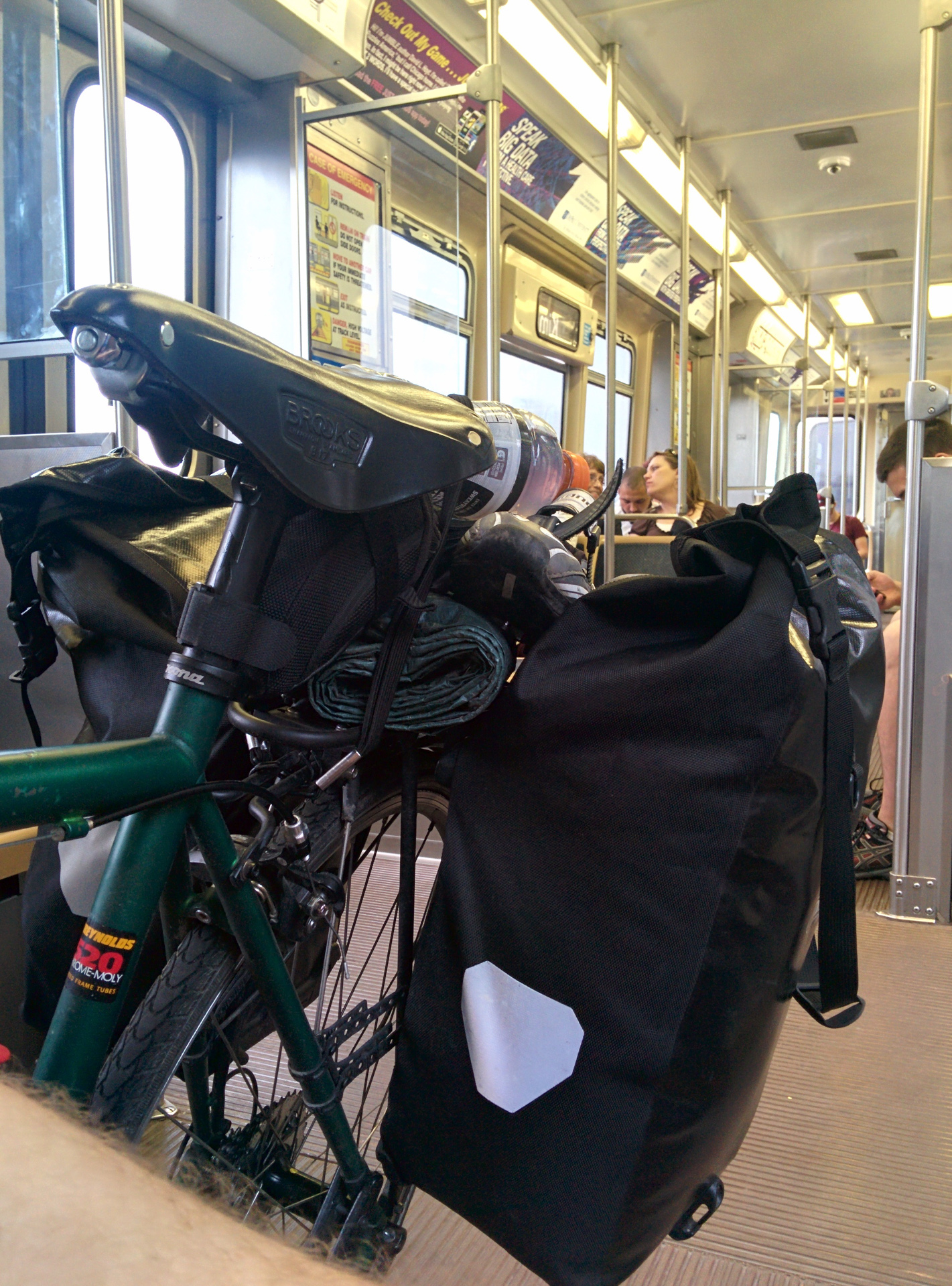 And that’s it. Maybe not the most intense wilderness bike camping trip out there, but it’s still pretty fun!